This book is releasing June 29th! Here is your sneak peek.

The air from the North was chilly. I looked down at the goosebumps covering the surface of my naked skin and wondered whether it was fear or the temperature causing them.

Maybe this wasn’t such a good idea.

Not that I was the type to approach things from a well-reasoned perspective. Ask me, adulting is severely overrated.

I’d spent the last several months wearing Priscilla down with my persistence. She was the supervisor at the exclusive club where my best friend and I worked, and I had yet to convince her completely it was a good idea to let me take part in this “Fox Hunt”.

It was a case of two birds with one stone. First: say sayonara to my perpetual state of horniness thanks to a certain tree-legged, powerfully muscled someone who constantly sported an erection in my presence while refusing to acknowledge I existed. Second: padding my pockets with far more cash than I could ever earn at The Ranch while running the roller rink for littles.

They told all female participants, a.k.a. “foxes”, that there would be security surveillance during the hunt to ensure our safety. And of course, we all had our safe words. But that word uttered meant a fox received only half the amount of agreed upon compensation.

Sex for sport and nobody got hurt.

Money wasn’t top of mind when I heard my coworker gasp, looked to my right and saw her panting in terror. “What if more than one of them catches us? I forgot to ask if that was allowed.” She asked. I felt momentary panic as my bodily instinct jumped on board her train of fear.

When the unmistakable sound of the call to hounds rang out, a stab of apprehension raced through me.

I was no fool.

I sprinted to my left, away from the line of unclothed participants whose fox tails bobbed behind them, as if goading the hunters on horseback to chase them down.

A row of trees beckoned up the hillside. Once under their cover, I could hide. My gate would be much speedier in the conifers and bushes than that of a man riding a horse.

Or more than one man.

I shoved under low hanging limbs, stumbling upon a clearing, and stood stock still for a moment listening for a disruption to the silence that greeted me.

A hush soon broken by the sound of cracking branches and leaves crushed under heavy hooves.

“Noah!?” The hostile glare on his face scared me more than the prospect of being caught by anyone else. A warning voice rang out in my mind, “Run!”. So I did. Turning on my heel and bolting away from him.

If I didn’t know better, I’d think he wanted to hunt me down and kill me.

We were given fake fur boots go along with the fox look, and they protected against sharp objects on the forest floor, but weren’t the best for covering distance with any speed. After pushing my way past dangling salmon berries, low hanging hazel nuts and saw-edged huckleberry leaves, my lungs threatened to explode in my chest. Still, I ran, lurching out of range of the furious warrior who looked more like a viking than a modern day varmint hunter. An oddly primitive warning sounded in my brain, outweighing the anticipation I couldn’t deny over the thought of being caught bare-assed as a baby by the tall, handsome man whose beautifully proportioned body I’d lusted after for over a year.

A Greek diety who was hunting humans.

For sex and sport.

My mind raced, and a thousand thoughts flashed through it, none of them intelligible.

Now, Noah had seen me naked. Instead of viewing me as a temptation, he appeared to enjoy my struggle to escape.

Like I said, if it weren’t for his very noticeable erection whenever he was near me, I’d think him asexual.

“Oof!” I crashed to the ground, an impossible weight atop me. I thrashed until my face was out of the dirt, spitting decomposed leaves and duff which landed directly on Noah’s chiseled cheek.

His accusing stare looked as if he wanted to maim me.

“Don’t you know I love it when you run from me, my little vixen?” He asked with deceptive calm. The critical undertone in his voice was par for the course, but hidden under his disparaging demeanor was a Noah I’d never seen before. His eyes raked boldly over my body, and while I waited for months on end for just such an occurrence, his scrutiny made me increasingly uneasy.

We’d always joked around about him, Ivy and I. Calling him the “handy man” because he could do basically anything. I winced as I remembered telling my friend, “He can do me anytime.”

As if this fearsome beast above me was something to trifle with. He swiped my spit off his face and flung it off his hand, grabbing the fox tail at my backside and wriggling it, “I ought to leave this in and have you ride with it for punishment.” I moaned as he slowly pulled the plug.

He smacked my bare ass and yanked me to him. “Whatever it is, your discipline will fit the crime. It appears you like showing off what’s mine to the entire world.”

“Noah! Let me go.” I whipped my shoulders back and forth, trying to get free of him. “I didn’t know you were taking part in the hunt or I wouldn’t have joined!” Suddenly my head was clear of panic, and I knew this wasn’t how I wanted him.

I couldn’t be the prize he won in some sort of sex game.

“I’m not just participating, peaches. I play to win.” And with that, Noah lifted me and flipped my naked bottom up onto the horse, so I sat sidesaddle, and leapt up behind me, pulling my legs over his giant thigh so my torso shoved up against him.

He smelled simply edible this close up.

“Where are we going?” I asked, wondering if he noticed my bouncing breasts. Hoping he would.

“Home.” The smoldering flames I saw in his eyes when he spoke frightened me.

“But you’re supposed to take me in the field or forest. That’s what the rules of the hunt say anyway ‘chase, catch and fuck’.”

When I said The F-Word, he clamped his hand over my mouth and blew his heated words in my ear. “I’m not here for that. I’m here to rescue you from it, my foolish girl.”

I wrenched away from his grasp. “Save me! I signed up for it. Stop this thing and let me off!”

Only instead of slowing down, my comments made Noah urge his horse faster along. He held me in a vice grip to keep me from falling off, and my teeth clattered from the cantering.

“You’re not getting off until I say so, peaches. I can promise you that. Only good girls get orgasms and you have been very naughty, indeed.” The pit of my stomach churned at his reprimand.

He squeezed my nipple between his fingers.  It was the first time he ever touched me in a sexual way and it sent my clit soaring.

My double-crossing pussy clenched down so hard, he wouldn’t have to apply saddle soap for months. I jerked away from his hand, and not only did it hurt my nip like hell, there was a second when I thought I’d pitch backwards off of the horse, and a cold fear spiked through my body. He caught me before it happened and I shoved my arms inside his jacket and wrapped them around his back.

“Please don’t let me fall, Noah.” I said, my voice shakier than I would have liked.

“Never.” He assured me, and pulled me roughly, almost violently, to him. Instead of being frightened, I let go of the fight and buried my face in the corded muscles of his chest.

Had I known at that moment that there was absolutely no place like Noah’s home, and that his words, “Just wait till we get to my property…” delivered a dirty oath rather than the promise of comfort, I never would have considered those bulging pecs a safe haven.

When he mentioned discipline earlier, I had no idea how much trouble I was really in.

Come to find out he’d been tallying up my transgressions since the first day I’d met him. Just waiting for the right moment to confront and chastise me.

Unfortunately, my hour at last had come.

Amazon Pre-Order (other retailers coming soon!) Of course, the final, edited version will be available first here on the D.I.C.

Sign in or become a The Daddy Issue Club (D.I.C.) member to join the conversation.
Just enter your email below to get a log in link. 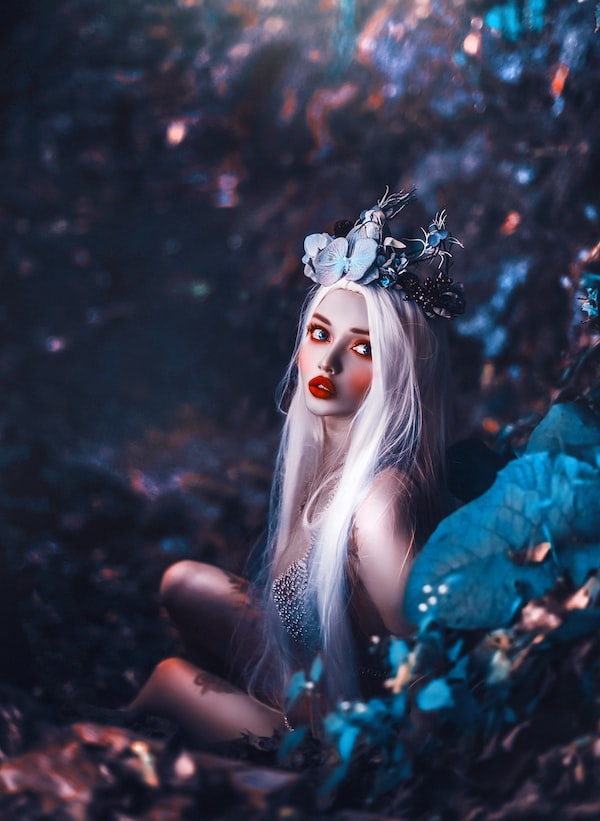 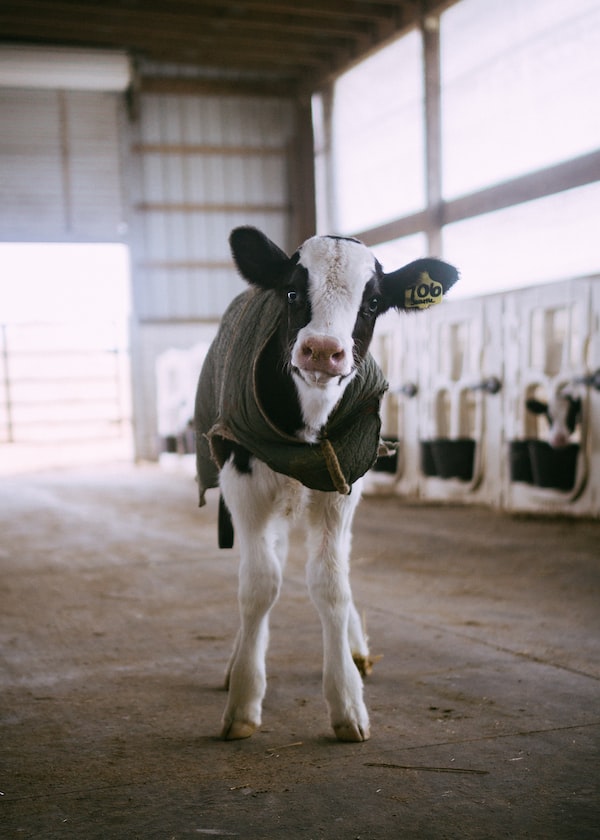 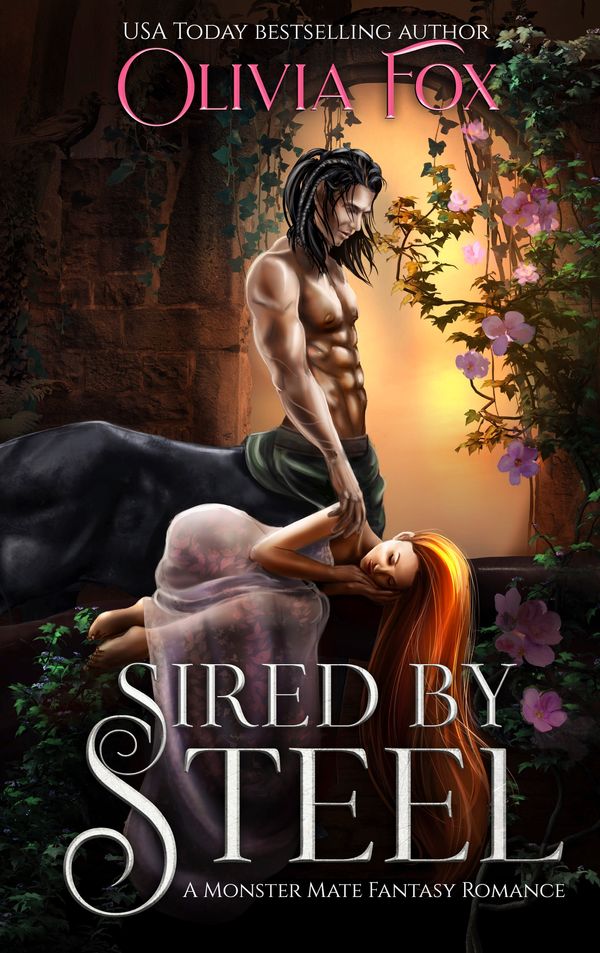